Pullback, Correction, Crash, and Recession: What Do They Mean? 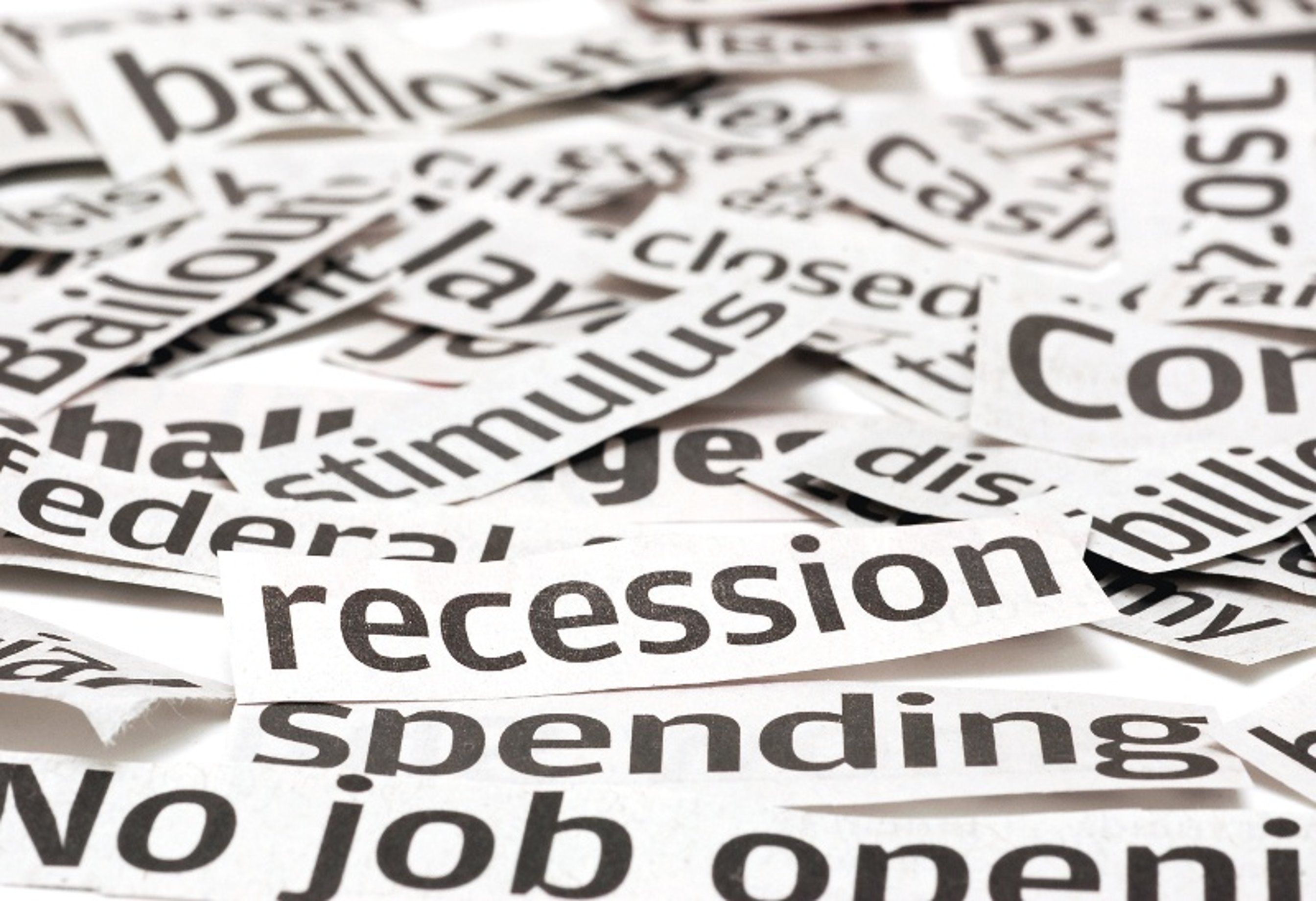 Top Things You Should Know About Student Loan Forgiveness

What is a Series I Bond?

Your money should work for you.

Get the latest tips on how to plan for retirement and make better financial decisions.

The world of finance and investments is notorious for its extensive use of jargon. With a goal to enhance financial literacy and make the world of money more transparent, we have our “monthly jargon” articles that focus on debunking financial terms that are often used sans explanation. This month, we are taking a look at three stock market terms and one economic term that are often incorrectly used interchangeably and routinely used inaccurately: pullback vs. correction vs. crash vs. recession.

What Does Pullback Mean in the Stock Market?

A pullback refers to action in the stock market, and the term is used to classify dips of 5-10% from the recent market high. These dips are short-term, and on average lasts around a month, and the market often takes another month to reach back up to the previous market high. In other words, pullbacks are fleeting by nature and tend to be spurred by news that shocks investors at first, only for investors to reason within a few weeks that the impact of the news or causing event was transitory. Due to the moderate nature of pullbacks, these market events are somewhat common. Keep in mind that pullbacks are temporary, and such behavior in the market can provide attractable entry points for new cash. Pullbacks are viewed as buying opportunities for investors.

What Does Correction Mean in the Stock Market?

A correction also speaks to stock market behavior, but this term identifies drops between 10-20% in the market. The higher range shows that corrections are more volatile changes in the market that involve rapid buying and selling as worried investors unload their holdings and positions. The larger drops in the market mean that corrections usually last longer, generally around three to four months, with an equally long period needed for the market to bounce back to its high before the correction. Given the fact that corrections are still short-term when looking at the markets on an annual basis, a year that sees a correction often ends up finishing out positive and in the green. Many factors can trigger a correction, and depending on the source – from macroeconomic trends to political events and unfavorable company earnings reports – the correction can be shorter or longer in duration. In general, while damaging in the short term, a correction can be viewed as a positive, needed behavior in an overvalued stock market. In other words, corrections can be viewed as a normal and healthy part of a market cycle, and can function as a “cooling off” of a market that is too hot with gains that are unsustainable. When corrections occur and prices drop, investors often view the lows as cheap buying opportunities.

What Does Crash Mean in Relation to the Stock Market?

A market crash categorizes a downturn of over 20%, and given the aggressive decline into the red, these behaviors typically precede a recession. Note that the 20% number is arbitrary, and there is technically no specific threshold for a stock market crash; overall, a crash is generally considered an abrupt, double-digit percentage drop in a major stock market index within a short timeframe, often of only a few days. Crashes are severe by nature, and the drops tend to last anywhere from ten to 24 months, and the climb back to pre-crash highs can take several and even up to five years for full recovery, especially if the crash spurs a recession. Black Tuesday – the Wall Street Crash of 1929 – has been the market’s worst crash to date, sending the Dow Jones Industrial Average (DJIA) plunging 70%, and it took 25 years for the market to return to its pre-crash levels. Extreme economic crises tend to be the precursors to market crashes, such as the Financial Crisis of 2007-08 caused by the sub-prime lending bubble, during which we saw the S&P 500 drop 57%, and the pandemic shutdowns of 2020 that saw the S&P 500 fall nearly 35%. The most recent crash in 2020 poses a unique tale, as the market rebounded rapidly, and we witnessed the swiftest bear market reversal in history. To date, there have been twelve stock market crashes with an average drop of 35%.

What Does Recession Mean in Relation to the Stock Market?

A recession refers to a substantial decline in overall economic activity, and it is generally recognized as two successive quarters of economic decline reflected by gross domestic product (GDP) – the total market value of all goods and services produced within a country for a specific period of time – and additional monthly indicators like a rise in unemployment. GDP is often used as a strong indicator for a recession because it is a broad measure of overall domestic production, and therefore serves as a complete and an extensive account of a country’s economic health. The National Bureau of Economic Research (NBER) states that it takes the definition of a recession further to account for additional economic factors and defines a recession as a noteworthy decline in economic activity across the economy as a whole that lasts more than a few months. Recessions often follow a stock market crash, and during a recession, stock prices tend to tumble and experience volatility, leading many investors to pulling money out of the markets, adding unnecessary stress to the markets.

Pronouncing a recession is not something taken lightly, and the NBER holds the responsibility of determining when a recession begins and when it ends. In terms of defining the length of a recession, the NBER states that a recession spans from when an economy reaches a peak of activity and subsequently begins to falter and ends when the economy hits its trough or lowest point of activity. As we have seen in the financial markets, growth is not continuously linear – there are ebbs and flows, inclines and declines that are normal, innate behaviors that are to be expected, and the same goes for economic growth. Along this trajectory of economic growth for the past several hundred years, there have been short-term fluctuations of declining performance that typically span from six months up to several years before reassuming the long-term growth trend. These short-term declines are the recessions, and there have been 11 recessions since 1948, meaning about one recession every six years.

You may have picked up on a theme while reviewing these market behaviors: negative drops in the market are not always a bad thing. Often, these market behaviors create cheaper buying opportunities for investors. History has shown us that the markets will always recover; they will always bounce back, regain strength and momentum, bring new gains, and achieve new highs. If you sell during these drops, you lock in those losses and risk missing out on the comeback gains. In terms of recessions, although such epochs bring challenges, recessions are normal parts of an economic cycle, and history has also shown us that the economy will always recover. All of the above behaviors have an important characteristic in common: temporary.

If you find yourself feeling worried and stressed whenever the market dips into the red, consider revisiting your risk profile to assess your risk tolerance. Trimming a little risk exposure in your portfolio may be a good fit if it brings you greater peace of mind when the markets experience volatility. Overall, keep your time horizon – when you expect to begin making withdrawals in your accounts, often near or during retirement – in mind, and remember that investing is a long game. Consult your financial advisor to ensure your portfolio allocations complement your financial life and retirement goals.

MONEY HACKS: How Often Should You Review Your Credit Card Statements?

How Often Should You Check Your Retirement Accounts?

Is Disability Insurance Worth it?

The Advisors listed on this site may discuss and/or transact business only with residents of states in which they are registered. For a list of state registrations, please visit each Advisor’s website listed in the Author Profile section. No offers may be made or accepted from any resident outside these states due to various state regulations and registration requirements regarding investment products and services. Securities and advisory services offered through Commonwealth Financial Network®, Member FINRA/SIPC, a Registered Investment Adviser. FINRA/SIPC, a Registered Investment Advisor

Check the background of each Advisor listed on this site on FINRA’s BrokerCheck.